You are using an outdated browser. Please upgrade your browser to improve your experience

Home / How To Increase Velocity Of Your Team

How To Increase Velocity Of Your Team 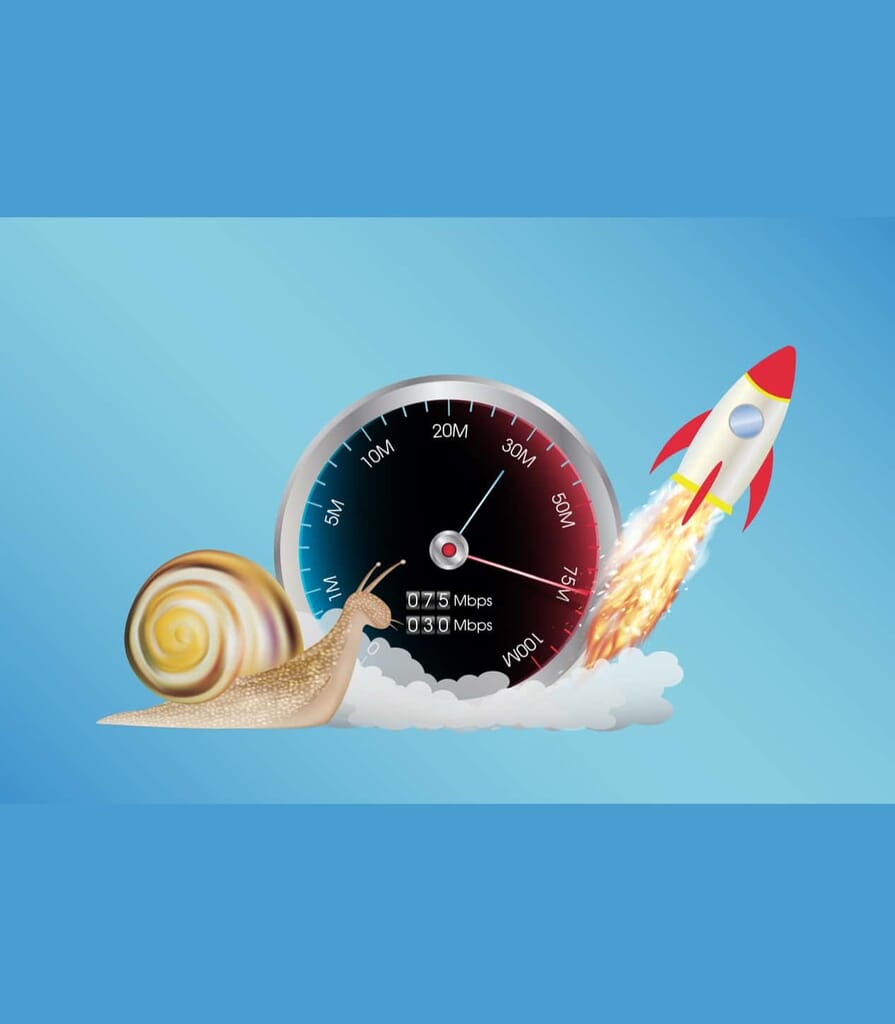 If you would prefer to watch this instead of read it, the video is at the bottom of the page.

Every leader that I have come across and worked with would love their teams to increase velocity. They all want their teams to deliver more stuff quicker. Now I am an impatient person myself too. So, even though I know it’s not necessarily a good thing, sometimes I find myself subtly hassling other people to try and go a little bit faster.

I know that the most likely consequences of pushing someone to go a little bit faster is a compromising of quality. This is because either that person is going to consciously cut some corners here and there in order to meet a new deadline or they’ll feel under pressure to work longer hours and they’ll make mistakes without realising.

So if you are a leader of a team how can you increase velocity of your team without compromising quality?

Well this is a touchy subject but I think I’ve got some tips that might be able to help you.

The first tip is to realise that people want to do their best. 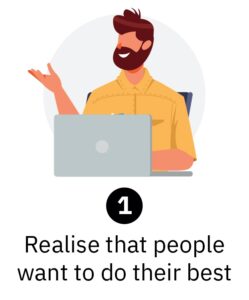 People aren’t inherently lazy; they don’t deliberately want to underperform. Sure there are times when they want to do the bare minimum…we all do…but, given the choice, people would rather do better than not and that’s a worthwhile thing to remember.

I was working with a group of people a few years ago now and one of the people in the room decided to share his view that people are inherently lazy. He believed that in order to make sure that anything of worth got done people needed to be managed. He was forthright in his view and he genuinely believed that.

You could tell that he also had multiple examples of evidence of his philosophy and his view of people being true to him. There was no way that my philosophical view was going to have any impact on him because he had seen his truth.

I was prepared to just agree to disagree. However one of his colleagues decided to offer an alternative perspective. Remember this is someone from the same organisation. This person said

“It’s strange you should say that because my people are pretty good and we’re operating in the same environment so are you just hiring badly? Is that the reason why your people aren’t trustworthy, aren’t proactive and need to be managed or is there something else going on?”

And we had a debate for a while. It was an interesting debate and the conclusion that the group drew was that people either tend to live up to your expectations of them or live down to your expectations of them. In general they felt that believing in people’s ability – their goodness – increases the chances of people putting that ability into action or being good people.

So I found that really interesting. That’s stuck with me for years and I find that while I’m prepared to be wrong I find that believing that people want to do their best increases the chances of people doing their best. So that’s tip one…Realise that, believe that, experiment with that belief if you will.

My second tip to increase velocity is to help the people that you’re working with understand the context. 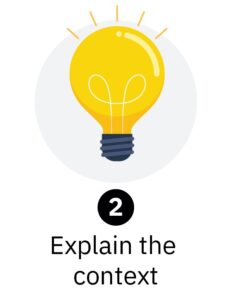 There’s no real point in you or your team delivering more stuff or delivering it quicker if they’re delivering the wrong stuff. When we understand the problem that we’re trying to solve – the reason that we are here – we can make more educated decisions when faced with ambiguity. As a result velocity will organically increase.

People could also be inspired. Knowing why you’re here…knowing what all of your efforts are for increases your sense of purpose, your inspiration and increases the chances of being more productive. Because you want to achieve that goal rather than just do the task.

Tip 3 is to help people slow down and focus. 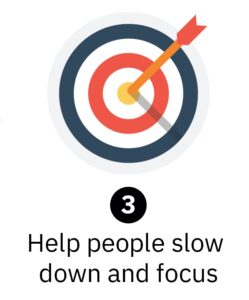 Generally speaking we increase velocity and get more stuff done when we are doing less stuff. Pick the most important thing, get it done and then move on to the next thing. The more items we have that we are multitasking at, the less productive we are, the slower we are getting things done. So it might sound counter-intuitive but if you’re itching to speed up then help them to slow down.

Tip 4 is to help them to understand what success means. 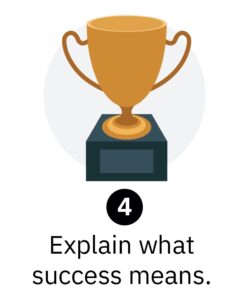 This is tricky because in a complex environment we often can’t predict what success will be. However we can have a good idea as to the problem we’re trying to solve. Even if we don’t know how we’re going to solve the problem or what the solution will look like.

So helping people understand the problem that needs solving and giving them an idea when to stop will reduce the chances of over-engineering and gold plating. And helping people understand success might not be a one-off thing. It’s not necessarily something you can do in advance and it’s not something you can necessarily wait till the end of the delivery to do. You might need to check-in on a regular basis with feedback.

Tip 5 is increase velocity by making the work smaller. 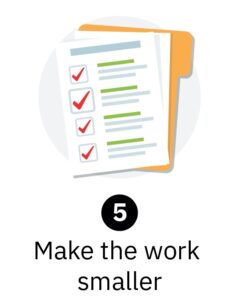 Tip 6 is not to leave them alone. 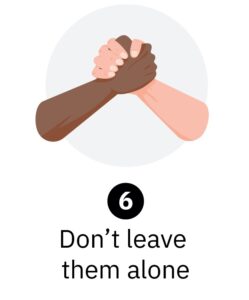 This ties into my 4th tip in terms of understanding success. The more you can help them when they need help the quicker they will be. Just because somebody needs help doesn’t necessarily mean that they will ask for it. They might not even realise; they might not feel comfortable asking for help, but if you’re there then they don’t necessarily need to ask for help, we can just discover together so don’t leave teams on their own. Collaborate, give feedback, help.

Tip 7 is leave them alone to increase velocity. 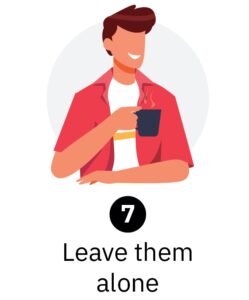 Yeah I know I just said don’t leave them alone! Obviously it’s a balance because if you’re there all the time then that can be quite overpowering; it can stifle a team, it can easily lead to micromanagement, fear, lack of innovation. So give the team some space, let them focus, let them innovate, let them try things, let them get creative. Yes leave them alone as well as not leaving them alone. Find that balance.

Tip 8 is give them what they need. 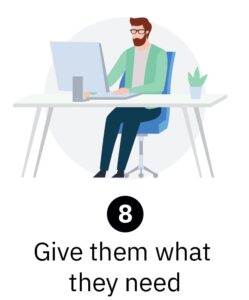 Of course we might not know what they need yet so you will need to keep asking. Keep looking and whenever they need something see if it’s feasible to give them what they need. If they have what they need then they are more likely to be able to deliver. 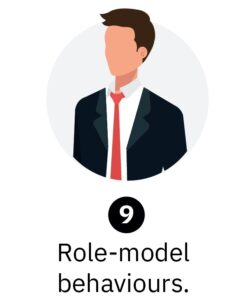 If they see you doing those things and it works for you or other teams then maybe there’s a chance they’ll take those behaviours on themselves.

Tip 10 is understand their drivers and match them to the work. 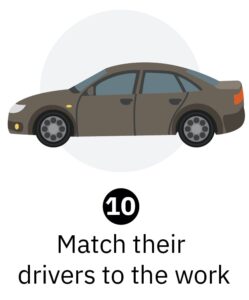 This is a little bit about tapping into that team’s intrinsic motivation and it builds on my second tip of helping them understand the context. If this is a team that enjoys seeing people happy then see how the work maps into customer satisfaction. Find out what their drivers are, find out what their motivators are and you’ll see a team much more productive because the more work they do the more their drivers are being realised and the more of a kick they get out of the work.

So those are 10 tips that you can put in place to help your team be more productive. Obviously this isn’t about manipulating your team to ‘get more for less’ but it is about giving the team the opportunity to realise their potential and that is going back to our first tip – that is something that that team wants. Every team that I’ve come across – given the choice – would rather be more productive than less productive.

But what about those of us who are actually working in teams rather than leading teams?

Well I think you can take these 10 tips and apply them yourself whether that be for a team or for you as an individual so:

Before you know it you’ll have organically increased your pace of delivery without compromising your quality.

Take our Scrum Mastery Pathway and learn more skills for increasing the effectiveness of your team and organisations.

Click here for more Tips on Coaching an Agile Team 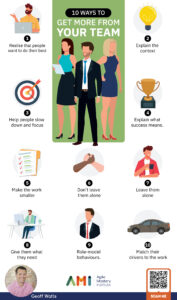 If you would prefer to watch this instead of read it, here’s the video: 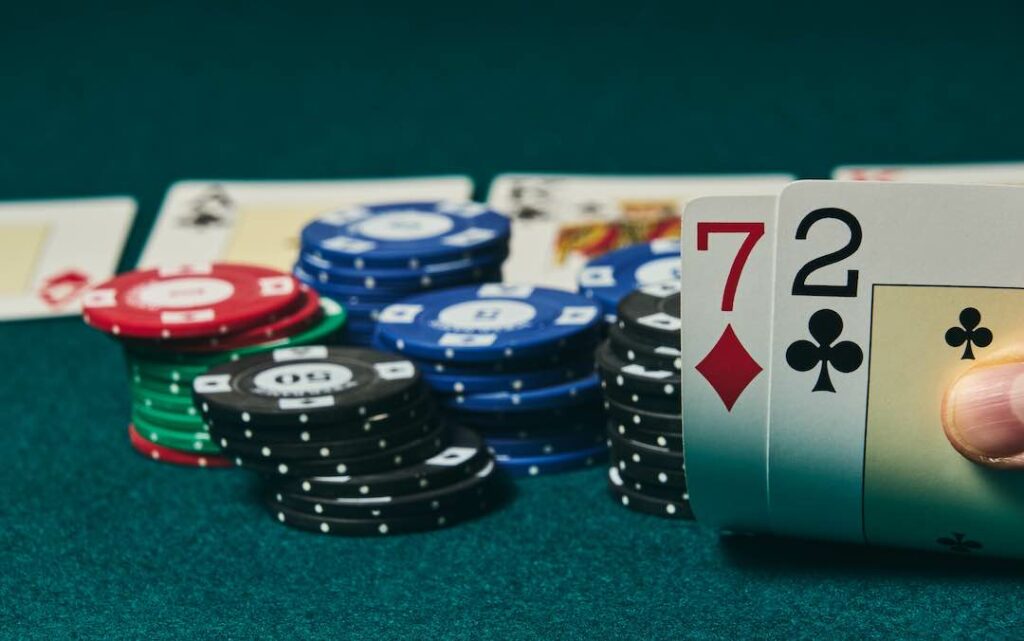 Why It's Important For Product Managers To Quit 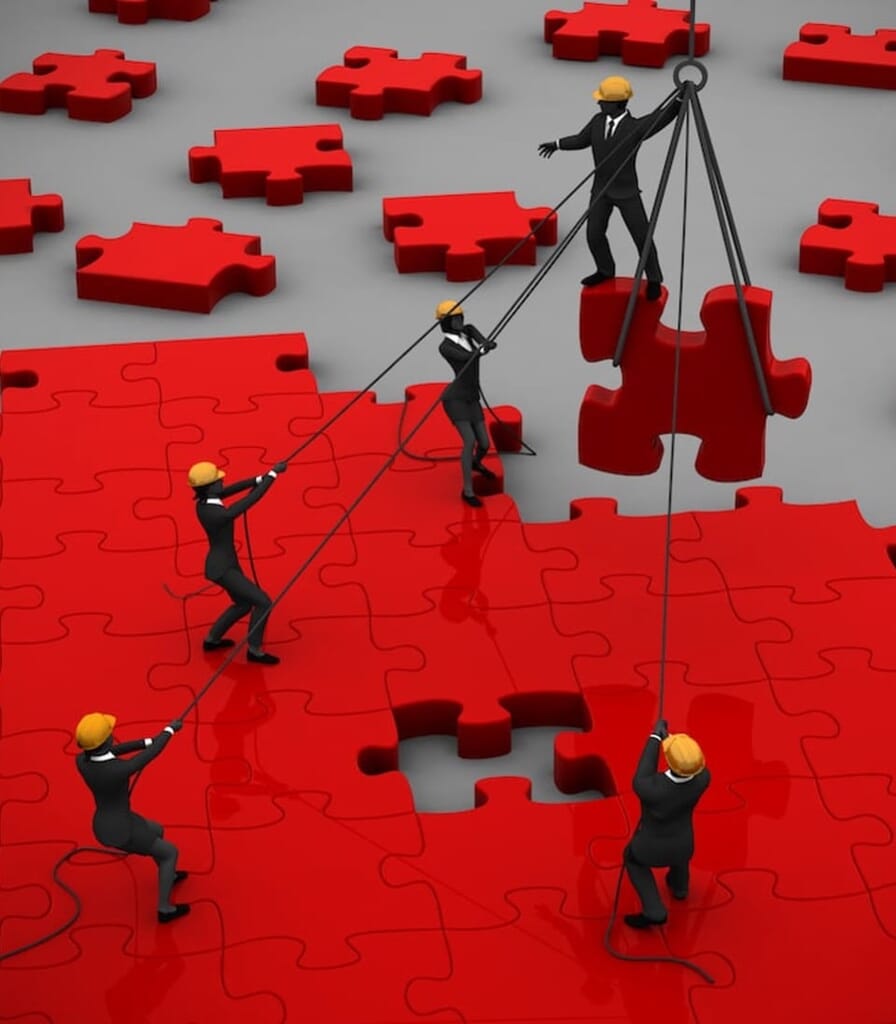 What are the Scrum Master core competencies ? 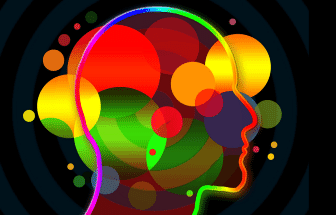 Finding "The Self" in Scrum Mastery as a Coach

How can knowledge of the self help us as Scrum Masters? 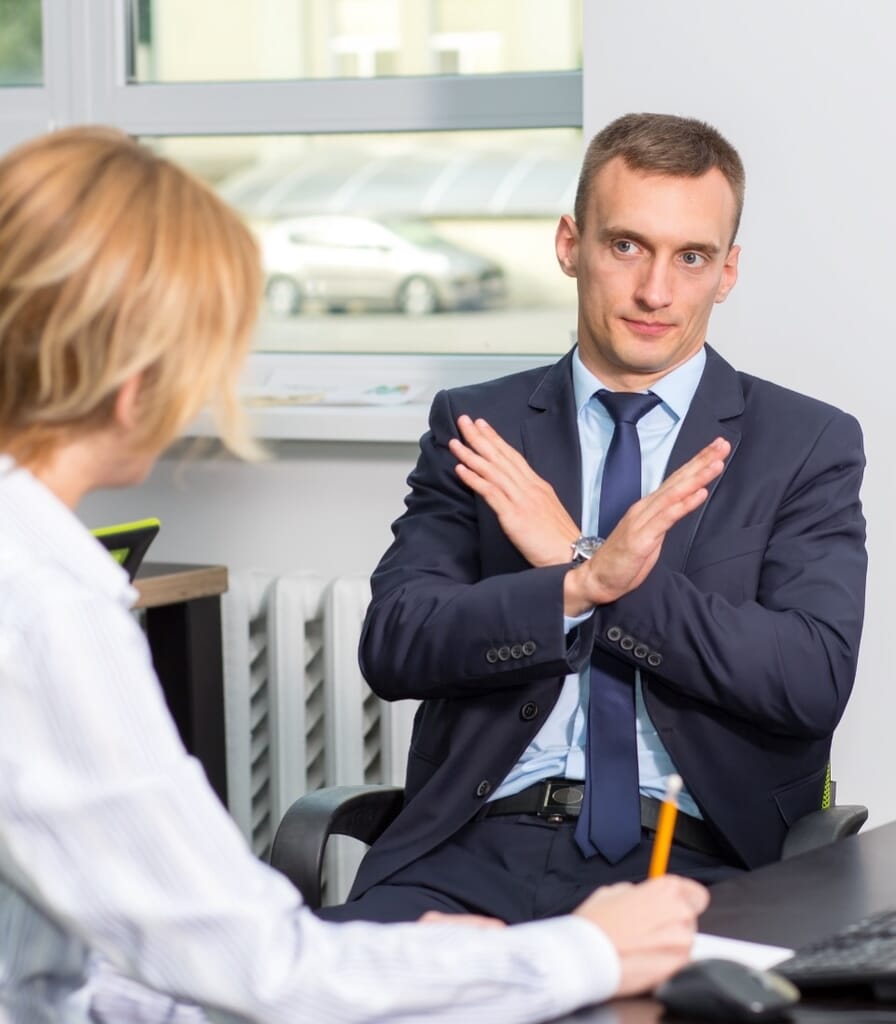 One of the most popular topics I get asked about when working with Scrum Masters and agile teams is influencing management to change their behaviour. And I absolutely understand why because ultimately those in positions of power and leadership have a huge influence on the culture and the ability and willingness of the people within the organisation to adopt new ways of working. 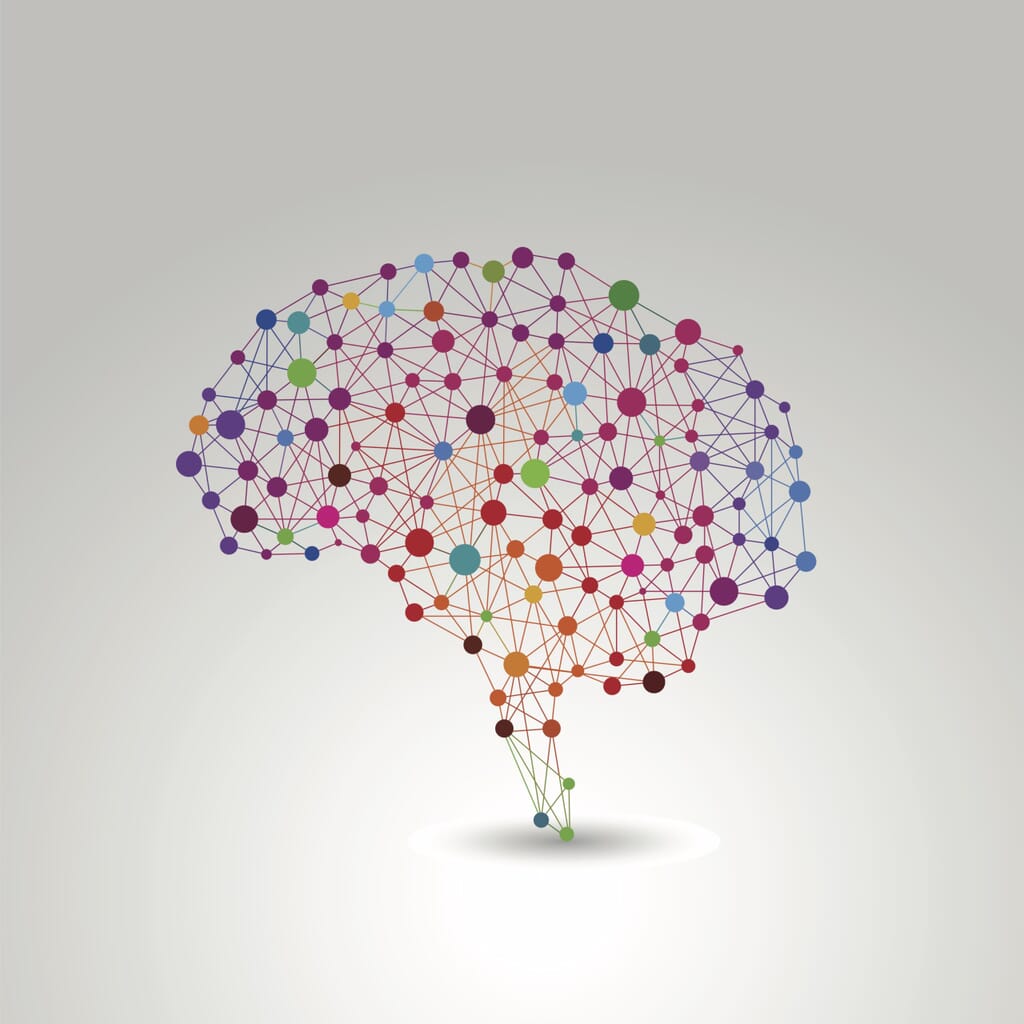 Our brains create shortcuts to help us make sense of the world. Most of the time they are super helpful but now and again they can cause us problems. 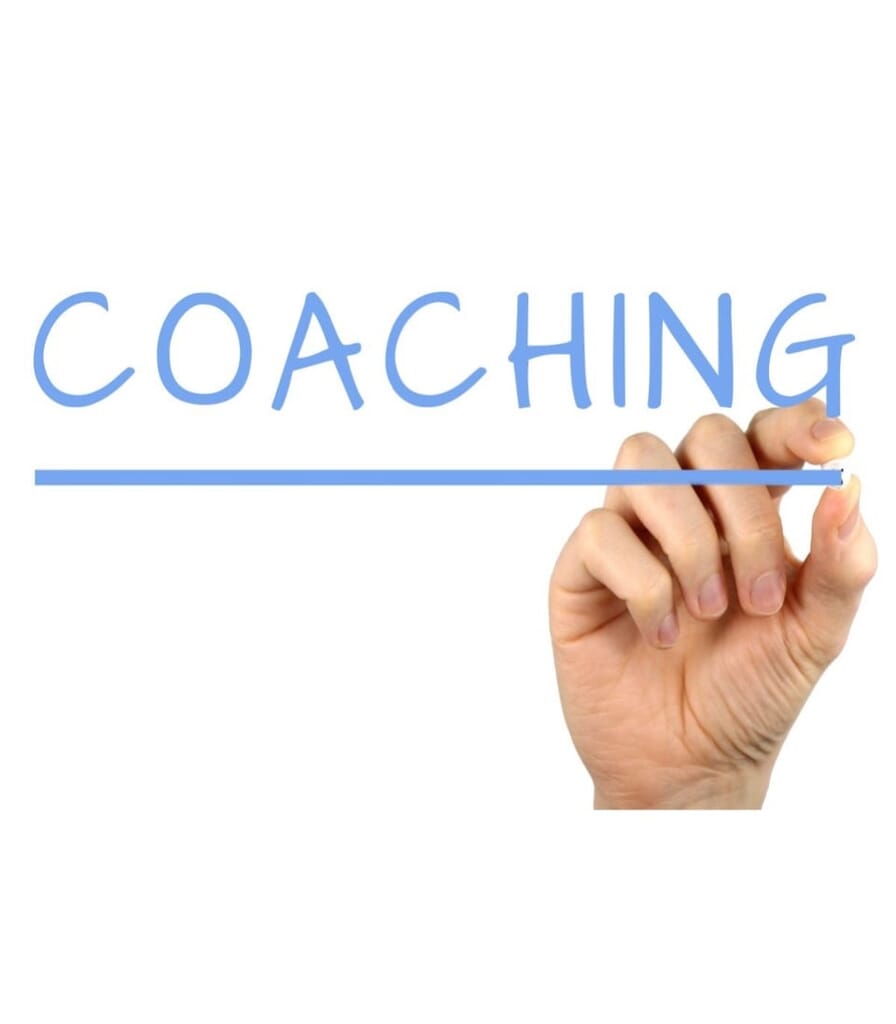 Pop your email in, and we'll send you regular tips & insights.

We use cookies on our website to give you the most relevant experience by remembering your preferences and repeat visits. By clicking “Accept”, you consent to the use of ALL the cookies. However you may visit Cookie Settings to provide a controlled consent.
Cookie settingsACCEPT
Manage consent

This website uses cookies to improve your experience while you navigate through the website. Out of these cookies, the cookies that are categorized as necessary are stored on your browser as they are essential for the working of basic functionalities of the website. We also use third-party cookies that help us analyze and understand how you use this website. These cookies will be stored in your browser only with your consent. You also have the option to opt-out of these cookies. But opting out of some of these cookies may have an effect on your browsing experience.
Necessary Always Enabled
Necessary cookies are absolutely essential for the website to function properly. These cookies ensure basic functionalities and security features of the website, anonymously.
Functional
Functional cookies help to perform certain functionalities like sharing the content of the website on social media platforms, collect feedbacks, and other third-party features.
Performance
Performance cookies are used to understand and analyze the key performance indexes of the website which helps in delivering a better user experience for the visitors.
Analytics
Analytical cookies are used to understand how visitors interact with the website. These cookies help provide information on metrics the number of visitors, bounce rate, traffic source, etc.
Advertisement
Advertisement cookies are used to provide visitors with relevant ads and marketing campaigns. These cookies track visitors across websites and collect information to provide customized ads.
Others
Other uncategorized cookies are those that are being analyzed and have not been classified into a category as yet.
Save & Accept